Separation Under One Roof

Thanks in large part to the COVID-19 pandemic, the Western Australian economy is expected to experience a recession in the 2021 financial year.

With increased unemployment rates, and house prices falling over the last 5 years,[1] there will likely be an increasing number of newly separated couples who will have little choice financially but to remain “separated under one roof”, at least for a time.

Why Does the Date of Separation Matter?

The date of separation between a couple can be relevant for several reasons.

For de facto couples, it can be the difference between the Family Court of Western Australia having, or not having, jurisdiction to make orders for property adjustment and maintenance.  For the Court to have such jurisdiction, it is generally a requirement that the de facto relationship has existed for 2 years.[2]

It is also relevant to the limitation period for de facto couples, who generally must commence proceedings in the Family Court within 2 years after their relationship ends.[3]

Separation Under One Roof

Section 49 of the Family Law Act 1975 (Cth), which applies to married couples, provides as follows:

Whether there has been a separation under one roof will be a question of fact which is decided on the facts of each case.  As with many areas of law, it is not black and white, and the circumstances of each individual relationship will be considered.

For separation to occur between a married couple, one or both spouses must form an intention to sever and not resume the marital relationship, and act on that intention.[5]

The body of case law involving separation under one roof indicates that a comparison of the state of the relationship before and after the alleged separation may be required.[6]  The following factors may be relevant (to both married and de facto couples) in such an analysis:

If you consider yourself to be separated under one roof and require legal advice as to divorce, property settlement or parenting matters, please contact Bowen Buchbinder Vilensky for an initial consultation. 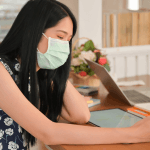 My property and income have been affected by COVID-19

Too Bad To Stay, Too Good To Leave 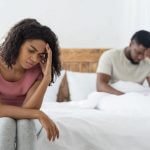 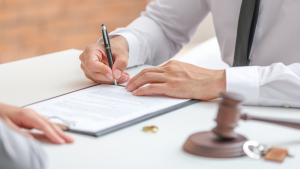 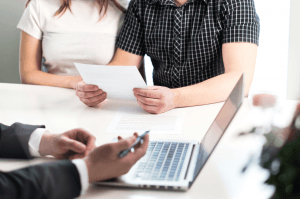